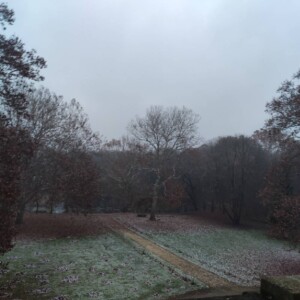 November has always been one of the shortest months of the year. Already accustomed to the dark evenings of October, the month of the falling leaves and then racking them looks like a dreary and melancholically time before the upcoming fun of December, such as the first snow or the festive Christmas mood. Probably my birthday at the end of this month also speeds up the present, because birthdays always come unexpectedly. But without a full introduction, this November was fun and full of life-changing surprises.

Only a few days after we released our October blog the news reached us about the first cases of coronavirus in our small town of Tóalmás. Initially, the head of the institute forbade us to leave the Institute’s territory. But a week did not pass when suddenly staff members and even a few students felt the symptoms of the virus. The WOL Bible Institute then quickly announced a two-week quarantine on November 11th.

Students were isolated in their dormitories and could not communicate with people from different rooms. We all had only one or two hours a day when we could go out for a walk so that students from different dormitories would avoid contact while walking at the same time. We also stopped eating together (food was brought to our rooms 3 times a day). 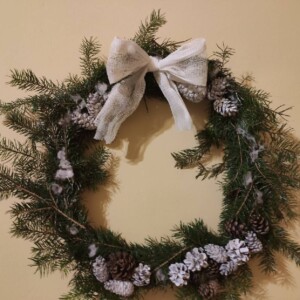 At the same time under Hungarian law, remote learning had to begin (until then, we were able to study in a classroom). So for two weeks we were isolated and studying remotely.

But things weren’t so bad! Most of the students I talked with were very happy with the quarantine for several reasons. First, people were able to build strong relationships within the dorms. Second, we had way more free time (work assignments were paused for a while).

Gabriele and I were happy to have time to catch up with school work in several places where we were behind. Also, we spent more time with each other, which we had missed very much due to the intensive schedule. We had a great opportunity to spend time doing a variety of Christmas crafts or simply relaxing while watching a movie or reading an interesting book.

So despite the social flaws, certainly most of us enjoyed this time. Of course, when everyone was released from quarantine on November 25, we were even more excited.

Story of the shortest quarantine

A few days before everyone was released from quarantine, Gabriele felt a little bit sick (headache for unknown reasons). Staff members asked us to fill out a health form which every student has to fill out if he feels any illness symptoms. By mistake, the head of the institute thought that Gabrielė and I were both was very ill, so on the 25th day, when everyone was released, we were ordered to isolate ourselves in another room (maybe even for a few weeks). We realized that something was wrong here and explained that Gabrielė had been feeling great for a few days already and that I was never sick in the first place. We spent one night in quarantine, and then we got permission to return to our permanent one-room apartment.

It happened so that we were released on November 26, the day of Thanksgiving in the United States. So this year on Thanksgiving, our young family had something to be grateful for.

Even remotely, we continued to learn a variety of things related to Bible study. 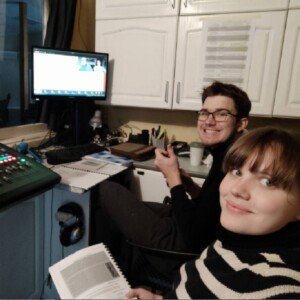 We had amazing lessons on the Book of Genesis with a teacher from the US. The semester will end in late January, but the pace of intensive learning has been ongoing since early December. There will be almost no separate modules of Bible book study, and we will devote most of our time to theoretical (Systematic Theology, Old Testament Survey, and Hermeneutics) lectures, about which we had written more in the October update.

At the moment, we are still forbidden to leave the territory of the institute, although we can walk freely inside the territory. Probably due to the quarantine, we will not be able to spend the winter holidays with our relatives in Lithuania, but we will have to stay in Hungary. But I still have no hope that maybe God will provide us with a way to Lithuania and back.

Dear addressee, thank you for taking the time to read our blog post. If you would like to chat more closely or have any questions, feel free to contact Gabrielė or me.

Thank you for all the appreciation and encouragement we have received from you in the past weeks. It gives us joy and motivation to find time to continue sharing with you all! 🙂